For Jordan, the journey to motherhood and recovery has been one of lost, and found, connections.

At just 19 years old, Jordan became pregnant with her son.  Looking back, she isn’t even sure that she wanted to be a mother at the time and she says she really didn’t know what she was doing. Her own dad became a father figure to her son, and when her dad passed away unexpectedly when Jordan was just 22 years old, her family broke apart, leaving Jordan in Colorado with her young son.

“That time was very traumatic for me and was a pivotal moment in my life,” Jordan said. “I started drinking a lot and began using not long after that.”

Worried that Child Protective Services would have to get involved, Jordan’s aunt and uncle offered to take custody of her son so that she could figure out her life. But as soon as she gave up custody, contact with her son disappeared. Without, resources to help her with her grief or her growing drug and alcohol use, she started a dark downward spiral.

Three years after she gave up custody, her life took another troubled turn. She met her husband and they started using meth together. “We were on the run, committing crimes together, and this life was all we knew,” she explained. “While we were on the run I found out I was nine weeks pregnant with my daughter. And then, I got arrested and ended up in county jail for eight months waiting for sentencing.”  That arrest, Jordan now says, was actually the best thing for her and her unborn daughter. “I had no way to make bond, so I had no choice but to become a dry addict and get healthy.”

When Jordan was 38 weeks pregnant, she was sentenced to six years in community corrections. After giving  birth to a healthy baby girl, she also made a connection that would change the trajectory of both of their lives.

“In the hospital I got information about the Women’s Recovery Center. It was the first time I felt like someone was trying to help - not just me - but my child, too,” Jordan remembers.  “A woman from WRC made sure I was accepted and we created a schedule where I could care for my baby from 8 a.m. to 8 p.m. Then,  my mother-in-law would come and get the baby for the night so I could serve my sentence.”

This connection with WRC created what Jordan described as the “best possible scenario” for her to bond with her daughter, to get the help she needed to focus on herself and her baby, and work through her traumas. “If your child is taken away before you go to WRC, you’ll only think about them and not focus on the therapy you need,” Jordan said. “The other important connection I made during this time was with other moms who were in WRC with me, along with their children. We were a group of women flourishing together.”

Since her time in WRC, Jordan has regained custody of her oldest son, is a mom to her 3-year old daughter and has a new baby with her husband who is also in recovery.

“My journey has been up and down,” she said, “but I have put in the work and now also have positive connections with my husband’s large family, my grandmother and in-laws, and even with my own mom again.  WRC paved the way for all of that for me. They gave me the road to reconnect with supportive people in my life who would encourage me to get better and stay better.”

First, please just be a good listener. Talk to moms, not at them. For an addict, it is incredibly hard to ask for help, and they’ll ask in different ways. They may not come right out and ask, but just being there in person with you is them asking for help. I would tell providers to please not be judgmental and to have empathy. Put yourself in their shoes. Make sure that everything that they say is taken into consideration. And finally, remember that forcefulness doesn’t work. You  can’t make someone take a treatment. Instead, try to offer them more than one option. Not everything is a perfect fit, and there is trial and error, so you have to let the person asking for help make it their own experience.  It really does just take one person to make a huge difference. One person who will offer consistency in their lives. If you are going to be there for them in the beginning, be there with them all the way through their journey. 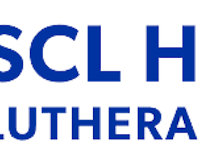 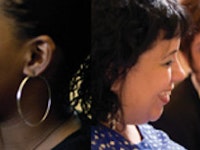