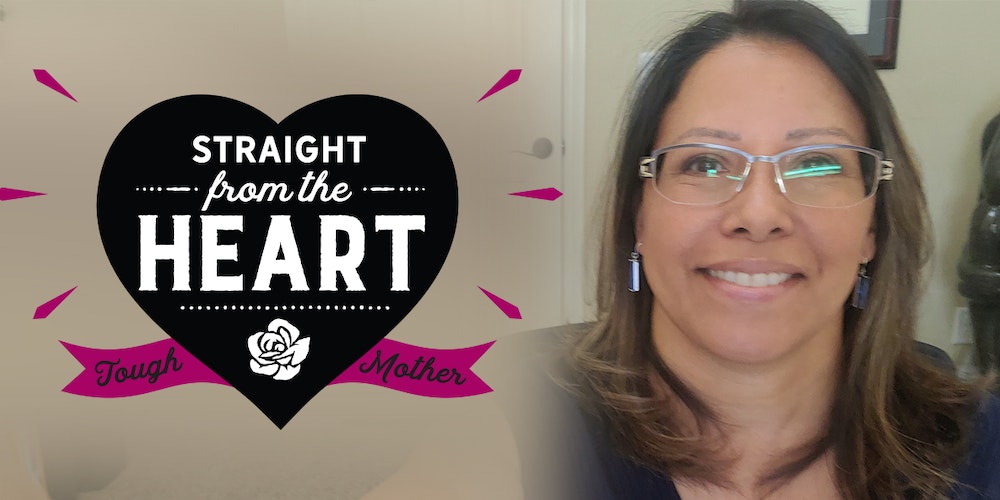 From victim to community gamechanger. Using her own story to connect moms to healing and hope.

An Interview with Glory McDaniel, Executive Director of Crisálida

Glory McDaniel is the Executive Director of Crisálida, Inc., a nonprofit she created to provide shelter and healing for victims of domestic violence. Glory understands their journey all too well and connects with these women on a deeply personal level, because a long, similar journey has brought her here herself.

Born and raised in New York City, she grew up in a very strict and religious household where she went to church five days a week and endured her father’s tough rules, physical abuse and beatings with a belt. “When I was 17, I  finished high school and knew I had to get out of there,”  Glory recalled. Unfortunately, her situation went from bad to worse after she married a man who ended up physically abusing and raping her. Glory came to find out that her new husband and his family were part of a drug dealing cartel and, after four months of marriage, she knew she had to get out to save her life.

Glory remembers that she started sneaking drinks into her room when she was just 12 years old. After her violent marriage, her drinking escalated to marijuana and cocaine and she says she kept moving from place to place, hiding from her ex-husband, and attracting even more abusive relationships. A second bad relationship lasted four more years and she had two children.

“My recovery started when my dad came to see me and I weighed maybe 80 pounds,” she remembers. “He cried when he saw me and after that visit, I wanted to commit suicide. What stopped me was my mother knocking on my door and telling me they would help me if I just came home.”

Glory’s journey was one of both healing and remembering. “I had used substances to numb pain, “ she explained. “When I went into recovery, I remembered the abuse from my childhood and had to relearn who I was and who I wanted to be.  From the ages of 21 to 35, it was a rollercoaster ride because when you come from trauma, that's all you know and it’s all you attract.  I'm Puerto Rican and my culture says you don't talk to anybody about this.  We sweep it under the rug and we move forward. So I kept struggling and was a very angry person.”

Glory married again, and again attracted an abusive relationship. She had another child and found herself at 30, alone and with three children. She had decided she was going to be alone for the rest of her life. But at 35, she met someone completely different and they have now been together 15 years. “I went from chaos to calm,” she says. “And I kept thinking that I didn’t know what it is like for someone to want to take care of me and love me and love my kids.”

Her current husband encouraged her to go back to school and get her associate degree but she didn’t know what she would want to do as a career. “I was searching within myself,” she said. “And then we moved to Colorado, and I started volunteering at a domestic violence shelter. I fell in love with speaking with women, hearing their stories, seeing their passion and understanding where they're coming from, because it was where I came from. And I realized this is what I want to do.”

Glory went back to school to study PTSD, Domestic Violence and Addiction. She said, “After hearing so many voices in my life tell me that I wasn’t smart enough or good enough to accomplish anything, I graduated cum laude.” She went to work for the Colorado Organization for Victim Assistance as their human trafficking case manager, but she realized she didn’t just want to provide resources, she wanted to be part of their journey of healing as well. “So, I went back to school at Denver Seminary, both for their counseling program and to help me find my spirituality,” she said. “At 40 years old, I was finding myself all over again.”

After an internship at Sheridan Health Clinic and a job after graduation at AllHealth Network, Glory knew she wanted to do even more. So, in 2020 she started the non-profit Crisálida.  Glory explained, “The name is Spanish for chrysalis which means the cocoon of the butterfly, where we're being formed and shaped and turning into our beautifulness.  We're being transformed during our healing journey.  And it's that process of cutting the onion, of the levels of healing, that is so hard.  But when we come out of that cocoon, we're in a totally different place, a totally different person.”

Glory is also running women's groups called Mending the Soul.  It helps women identify abuse and trauma, see how it has affected them and their families physically, emotionally, and mentally, and teaches them how to set boundaries and understand what a healthy relationship looks like. “Women need to Identify those red flags so that we don't continue the cycle of abuse and we can stop this generational curse that has been in our families for many years,” Glory said.

Glory explained this is especially important in the Hispanic culture, where women are often taught that this is what being a wife means. “We need to break that cycle and show them that it isn’t what a marriage looks like or what a relationship should be,” she said.  Her Mending the Soul groups are 12-week closed group sessions in the evening, providing dinner and childcare and the opportunity for women to connect and realize they are not alone. “By week five, they're connecting, sharing, and running the group pretty much themselves,” Glory said.  “And they're contacting each other through a group text message, sending prayers or songs or reaching out for help or offering help.  We built a support system within that group and it’s just amazing to see.”

“For our moms who are Spanish speaking or Latina, we need to teach them what trauma is,” Glory explained, “and they need to also know that substance use is a disease.  We need to then culturally take it one step further and break down the barrier that tells them that this is an insular problem, and you don't go outside to get yourself help.”

Glory also creates connections with the greater community via workshops in both English and Spanish to educate people about domestic violence, trauma, and substance use, because, as she says, if a community doesn’t know – they can’t help.  She works to remove the shame and stigma associated with mental health disorders, trauma and abuse, and substance use disorders.  She also works with illegal immigrant victims of domestic violence who fear that if they say anything they will be deported.

Glory says that many times communities are not ready to hear that abuse and substance use are going on in their neighborhoods or in their churches.  “It has been an uphill climb,” Glory remembers. “People want to build a wall and pretend it isn’t happening, but the reality is it doesn't matter what socio-economic status you have, what race you are or your ethnicity, it happens and it is happening, and we have to spread awareness and provide hope.  We have to provide these services, because if not, this cycle's going to continue.”

I know a lot of women are scared to tell their stories. But, for me, I know that the more I share my story the more my light shines.  But if we keep our stories in secret and underneath the rug, they have power over us. The more I share my story, the less power it has over me.  For me, I need to do this to continue my healing journey.

“My hope and my dream is that I will be able to provide more than individual and group counseling, but also transitional housing,” Glory said.  “I want to create connections where women can be trained in vocational skills, healing, and childcare.  And I want it all in one location so that they can be successful and move forward.  I want to give them every support system right there so they can learn and empower themselves financially, emotionally, physically and mentally to move forward and be able to do it on their own.”

Glory is currently working to find a location in El Paso County to make this next phase of her dream come true and to continue to use her own life story to make the most incredible connections that will change the stories of others.

Share Gloria’s story with your network in either English or Spanish.

Learn more about Glory's nonprofit dedicated to supporting women who are victims of domestic violence. 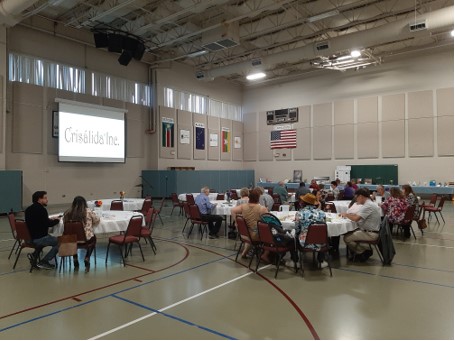